Typically, gloves used in the cleaning industry fall under the following standards:

Materials that come into contact with food must not contaminate food with hazardous substances. This is governed by Regulation 1935/2004/EC, which specifies the requirements for traceability and identification through the production chain.

The gloves shall be manufactured in accordance with Commission Regulation (EC) 20023/2006 on Good Manufacturing Practice (GMP) which imposes requirements on the manufacturer’s quality assurance system for articles intended to come into contact with food. Protective gloves that meet these requirements have a glass/fork symbol on the packaging.

Most vinyl gloves have the Glass/Fork symbol and HACCP Certification.

The European Standard EN388 (2016) regulates the test requirements for safety gloves that are used for protection against mechanical risk. It is generally accepted that the majority of occupational hand injuries are caused by cuts and abrasions, with most of the more serious injuries due to cuts.

Gloves that conform to EN388 standards are rated using four numbers and one or two letters; which tell you how resistant the gloves are to mechanical hazards. You can use this information to determine if your workers are protected appropriately.

The first number in EN 388 tells you how well the gloves resist abrasion. The number will vary between one and four. Abrasion resistance is important for all types of handling but is especially important for handling rough materials, such as bricks. It is important to have a high abrasion rating on gloves used in work areas such as gardening and construction work. The higher the number, the better resistance to abrasion.

The second number in the EN 388 gloves rating shows you the gloves’ resistance to blade cuts. This number ranges between one and five. Work gloves that have a higher rating in this category provide better protection against sharp objects, such as knives and glass. Gloves with a higher number, the greater blade cut resistance, and are ideal for workers who handle sheet metal, glass, and sharp tools. 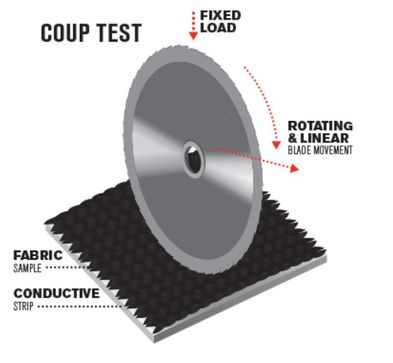 The gloves’ resistance to tears is shown by the third number is the EN 388 rating. This number ranges between one and four. Gloves with a higher number of tear resistance are very durable and will withstand demanding work such as construction, landscaping, and heavy handling.

The final number in the EN 388 rating indicates the gloves’ resistance to punctures. This number will be between one and four. Gloves with a higher number of puncture resistance provide greater protection against hazards such as needles, thorns, and syringes. This type of glove is ideal for medical and waste work.

The first letter in the EN 388 rating shows the results from the TDM cut resistance test. The letter assigned will depend on the result of the test, which is measure in Newton.

The second and last letter (if included) in the EN 388 rating is the results from the Impact Protection Test. The letter assigned is simply a pass (P), fail (F), or Not Tested (X). 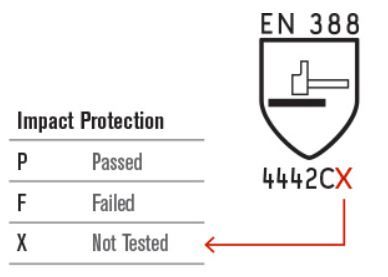 Choosing the correct glove for protection against mechanical risks

To choose the correct type of work gloves, it is essential to consider the type of task for which they will be used. By assessing the types of hazards to which workers will be exposed, you will understand the type of protective gloves they will need.

Once a glove has been tested its performance will be represented using the EN388 icon. This icon must be printed on each glove so that it is easy to tell how much resistance the glove provides against the four mechanical risks.

While the maximum score on each performance test would be 4544 this is not to be regarded as the ‘best’ score. Each task will have different risks involved and therefore need a glove with suitable attributes. For example, if you are selecting a glove to use while painting walls then you’ll be very interested in the flexibility and durability of the glove, but not so concerned about its resistance to cuts and punctures. In this case, a glove with an EN388 rating of 4131 may be the best for the task.

Examples of gloves with EN388 rating include:

It is extra important to protect your hands from cold burns in cold environments. EN511 European Standards measure how well the glove can withstand the cold. Water permeation is tested after 30 minutes

The first number, ranging from zero to four shows how well the glove protects against convective cold

The second number, ranging from zero to four shows how well the glove protects against contact cold

Chemicals can penetrate through holes and defects in a glove. Gloves are tested to ensure they shall not leak water or air when tested according to penetration.

The material of the glove might be negatively affected by chemical contact. Degradation shall be determined according to the standard for each chemical. The degradation result, in percentage (%), shall be reported in the user instruction.

The 18 chemicals tested include: For example, the Nitrile Elbow glove complies to EN374 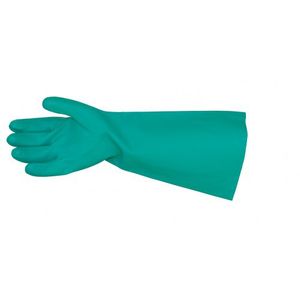 For more information on suitable gloves for certain tasks, please contact us in the office